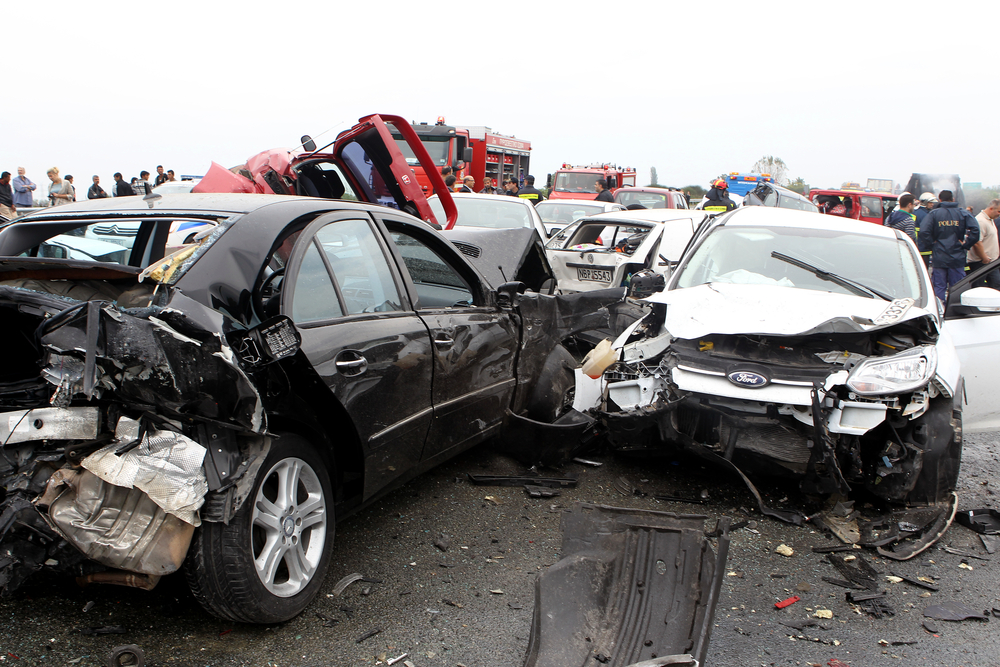 According to the IIHS’ report from 2019 over 36 thousand people lost their lives in the US to vehicle crashes. Not every car accident involves just two vehicles. When an accident involves more vehicles, more drivers and passengers are involved which is a very difficult liability issue. If you were involved in a chain-reaction car accident or you know someone that was, here are some useful information on how the at-fault party is identified.

What is a chain-reaction car accident?

Chain-reaction accident usually happen during poor weather conditions when you’re driving on snow or ice. They can also happen if someone is driving the wrong way – other drivers swerve to avoid them, that that’s not that common.

These types of accidents can deal catastrophic damages, especially to the first vehicle. This is because the initial crash occurred with such an immense force, that “pushed” the car into another vehicle. And as other vehicles collide and pile on, the injuries and damages keep adding up until the chain stops.

The most injuries, during a chain-reaction car accident, are sustained by the first vehicle that was hit and the vehicle that caused the initial accident. All other drivers, even though they will suffer some damages and injuries, but they will be subsequently lesser, because they had more time to react, steer away, slow down and stop.

Now, even though chain-reaction car accidents are usually caused by negligence of one driver, there are situations where there can be more at-fault parties.

How to determine liability in a chain-reaction collision?

The force that was released by the initial car crash, is the cause of a chair-reaction car accident. For example, if one vehicle rear-ends another vehicle, that vehicle could be propelled into the vehicle in front of it. Then, the force from that crash propels the third vehicle and so on. Now, in this particular situation, the chain-reaction car accident is likely caused by the negligence of the driver of the first vehicle, but that’s not always the case.

There are situations, where the multi-vehicle collision is caused by multiple parties. A good example would be if one of the vehicles was following the vehicle in front of it too close. This time, both the first and third vehicle share blame.

There’s also a situation when the driver of the second vehicle, did something that caused the other drivers to collide with another vehicle. A good example would be cutting off one of the drivers.

In order to determine the liability in a chain-reaction accident, the entire even needs to be carefully and thoroughly analyzed and investigated. Experts will need to reconstruct the scene, talk to other witnesses and use other tools/activities in order to determine what happened exactly.

So if you or someone you know, were involved in a multi-vehicle car accident, you need to have an experienced car accident lawyer who will help you understand the cause of the accident and represent you.