Lane Splitting in Arizona – Is It Legal?

Lane Splitting in Arizona – Is It Legal? 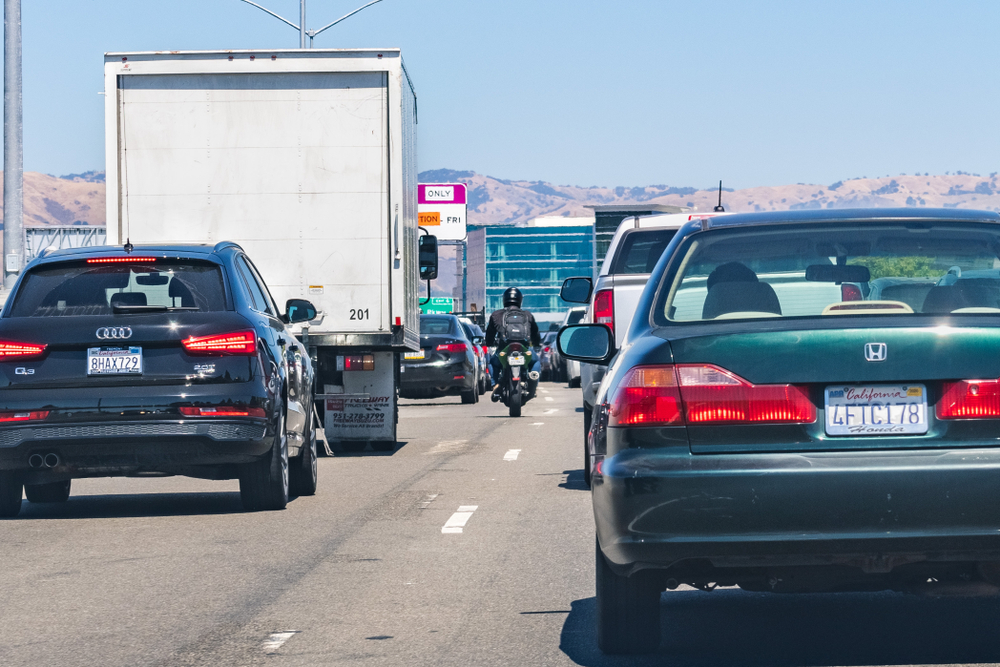 You probably heard about the phrase “lane splitting”. This term is used when a motorcyclist drive between two lanes, heading in the same direction. Motorcyclists practice this maneuver usually when they want to bypass lanes of slower traffic.

Lane splitting was first legalized in California and many people have wondered if lane splitting in Arizona will also become legal. The Senate Bill 1007 should have made this legal back in 2020, but it didn’t pass through the legislature.

Is lane splitting in Arizona illegal?

Since the Senate Bill 1007 didn’t pass, lane splitting still remains illegal in Arizona. In fact, Section 29-903 for the Arizona Revised Statutes clearly state that a motorcyclist shouldn’t overtake or pass in the same lane which is occupied by a vehicle that is being overtaken.

Furthermore, the motorcyclists also refrain from this behavior between lanes of traffic or between two adjacent rows of vehicles. So to put it simple – no lane splitting.

There is however, one instance when lane splitting is allowed, and that’s when it’s performed by a peace officer who is performing official duties.

So, as soon as a motorcyclist crosses the border between California and Arizona, he must refrain from lane splitting and obey Arizona no lane-splitting laws. Failure to do so could result in a substantial fine and ticket.

In the event that the motorcyclist does perform lane splitting and by doing so, causes an accident, he/she will most likely be responsible for the damages he/she caused. By performing lane splitting, the motorcyclists knowingly broke the current statues and that can be seen as an act of negligence. This type of behavior isn’t considered negligent ONLY if lane splitting was performed as a measure to avoid a collision or other hazards.

Every motorcyclist must obey the law and traffic rules and pass other vehicles like every other motorist. It will remain this way until the Senate passes the aforementioned bill.

As soon as Senate Bill 1007 passes, it will strike out clauses (b) and (c), making lane splitting legal. However, unfortunately there’s no announcement if Arizona will pass any additional laws or even guidelines that would legalize it.

Why is there such a big controversy?

Legalization of lane splitting is a very controversial topic both among motorcyclists and non-motorcyclists. Some believe that allowing it will reduce traffic congestion and other don’t believe that it will be beneficial for the state’s drivers. Both the officials from Highway Safety and Arizona Department of Transportation agree on this, claiming it to be a dangerous practice.

What do to if you get into an accident caused by a motorcyclist?

As with all other types of traffic accidents, you should first and foremost contact 911 so they could create an accident report as well as provide medical attention to anyone who needs it. Then you should contact an experienced motorcycle accident or auto accident attorney who would guide you and represent you in the process of protecting your rights and ensuring you get the compensation for your damages.